What is Premature Ejaculation?

Ejaculation is the release of semen from the body. Premature ejaculation (PE) is when ejaculation happens sooner than a man or his partner would like during sex. Occasional PE is also known as rapid ejaculation, premature climax or early ejaculation. PE might not be a cause for worry. It can be frustrating if it makes sex less enjoyable and impacts relationships. But it happens often and causes problems, your health care provider can help.

In the U.S., about 1 in 3 men 18 to 59 years old have problems with PE. The problem is often thought to be psychological, but biology may also play a role.

How Does Ejaculation Work?

Ejaculation is controlled by the central nervous system. When men are sexually stimulated, signals are sent to your spinal cord and brain. When men reach a certain level of excitement, signals are then sent from your brain to your reproductive organs. This causes semen to be released through the penis (ejaculation).

Ejaculation has 2 phases: emission and expulsion. 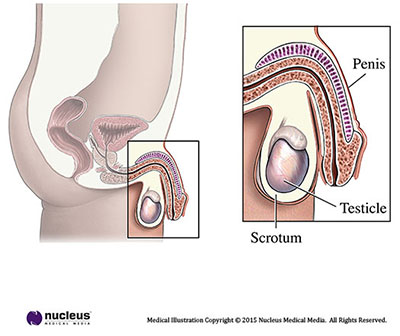 Expulsion is when the muscles at the base of the penis contract. This forces semen out of the penis. Usually, ejaculation and orgasm (climax) happen at the same time. Some men climax without ejaculating. In most cases, erections go away after this step.

Sometimes PE is a problem for men who have erection problems (erectile dysfunction or ED). This is when men are not able to get or keep an erection that’s firm enough for sex. Since an erection goes away after ejaculation, it can be difficult to know if the problem is PE or ED. ED should be treated first. Premature ejaculation may not be a problem once the ED is treated.

View All
We have several locations to serve our patients. Please click below for more information and directions. OUR LOCATIONS
One of our representatives is eager to help you. For more details or to book an appointment.
Contact us today at
609-581-5900
Contact us